How to Optimize Snapchat Ads

Every advertiser knows the names Google and Facebook as major platforms for launching an ad campaign. Google alone claims 40.7% of the total revenue of U.S. digital ad spend, and owns 78% of the total U.S. search ad market. Lesser known, however, is the increasing role Snapchat is playing in the marketing game.

Not only does Snapchat have an audience of over 150 million daily active users, but they have been proven to be one of the most engaged group on a social media platform today. Consider this: Hootsuite data shows that Snapchat users watch over 10 billion videos per day, and 400 million snaps are sent daily.

Additional Snapchat stats to keep in mind about this influential platform:

With such a massive, motivated audience at their disposal, it’s no wonder advertisers are increasingly looking to Snapchat as a platform to integrate into their branded campaigns. However, just like with any kind of marketing, how the message is delivered is crucial.

There are a few companies who exemplify the best practices for Snapchat ad campaigns. Whether it’s their direct user engagement tactics or creative implementation of a Geofilter, they offer insight into how best to maximize the potential of advertising on this unique platform.

More of a crowdsourced campaign than a true Snapchat Ad, GrubHub still demonstrates how to incorporate all aspects of Snapchat into a branded message. By enlisting direct user responses, they ensured ultimate consumer engagement, all with concise language and clear instruction. The integration of a contest, too, is an added incentive and strategy proven to work well on Snapchat. Business Insider even revealed that 58% of college students would purchase a product if they were sent a coupon from a company in Snapchat. Candy company Mondelez launched a Snapchat ad campaign that centered around a contest to send snaps of their product to their account. Again, direct user engagement is the key to success here, as well as an incentivized promotion. While rewarding customers, they also featured a few on their site, which encouraged customer loyalty and furthered brand awareness.

Jonathan Laberge, Director of Business Development at Reptile and Forbes contributor, sums up the appeal of Snapchat as an advertising platform: “Snapchat will help with your brand awareness and make sure you are ‘top of mind’ for users in their journey to purchase.”

By taking advantage of the Snapchat Web View ad platform Gatorade created an entertaining campaign that allowed users to play through Serena Williams’ Grand Slam victory. The ad reached over 28 million people and users spent an average of over 3 minutes on the game screen, proving that a little extra effort in creating something unique and interactive pays off. Snapchat is a platform that encourages new mediums for ad campaigns, with options like the Web View above, and Geofilters and Sponsored Lenses.

Frightening, maybe; but Taco Bell’s Cinco de Mayo Snapchat Lens campaign was a huge success. On average, these filters reach 16 million users daily, which makes them an effective choice for a one-off ad run. In this instance, the lens garnered 224 million views in the course of 24 hours. The radical and humorous transformation the filter gave to Snapchatters incentivized them to share with friends and promote Taco Bell’s brand awareness. 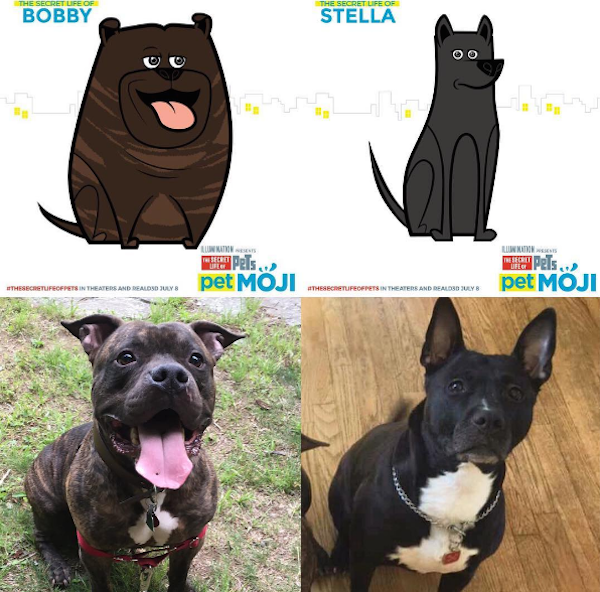 Universal Studios partnered with Snapchat to launch a highly interactive ad campaign that allowed viewers to swipe up after a movie trailer and create a Petmoji directly in-app. This marketing strategy emphasized providing a unique outlet for users to engage with the brand, with the ability to create their very own pet. The ability to share with friends and interact directly with characters from the movie is an example of best practices for spreading brand awareness.

Since the announcement earlier this year that Snapchat launched a self-serve ad platform that will compete directly with the advertising hegemons, Google and Facebook, more and more ad campaigns like these have emerged. By making Snapchat advertising attainable for small businesses, the platform has opened up the door of opportunity in maximizing ad revenue. For the advertisers themselves, this means more competition, which involves understanding what ads resonate with their viewers and how best to optimize Snapchat’s tools.

Starbucks marketed their Frappuccino Happy Hour more effectively by utilizing the Geofilter option on Snapchat ads. Geofilters generally deliver a 3.5 times greater lift in purchase intent and brand awareness than a traditional mobile ad. Simple but effective, this ad from Starbucks reminded people of the promotion while leaving space for users to capture their own image. Without weighing down the ad with too much text or design, it still managed to incorporate the brand’s logo, description of the promotion, and a fun design element.

Snapchat Ads also take the form of app installs, which allows users to go directly to the App Store and download the application shown in the Snap Story. Thrive Market took full advantage of this with a short but catchy video ad that included energetic animations and clear, on-brand copy. Additionally, they incorporated images of someone actually using the app from their phone, emphasizing the product’s ease of use and convenience.

For Father’s Day, AT&T launched a campaign through Snapchat Ads that let users click on the objects they saw to learn more about it. Modeling itself as a gift inspiration ad, AT&T succeeds in positioning itself as a helpful company and providing a means for users to directly engage with their products. The ad achieved over 4 million impressions, and 14% unique engagement, indicating that making an advertisement a hands-on experience is the right way to go.

When it comes to accessing an engaged mobile audience, Snapchat appears to hold the keys to success. Whether it’s through a traditional Snapchat Ad campaign, Geofilters, or Sponsored Lenses, this advertising platform cannot be ignored as an effective means of reaching millions of interested, relevant consumers.