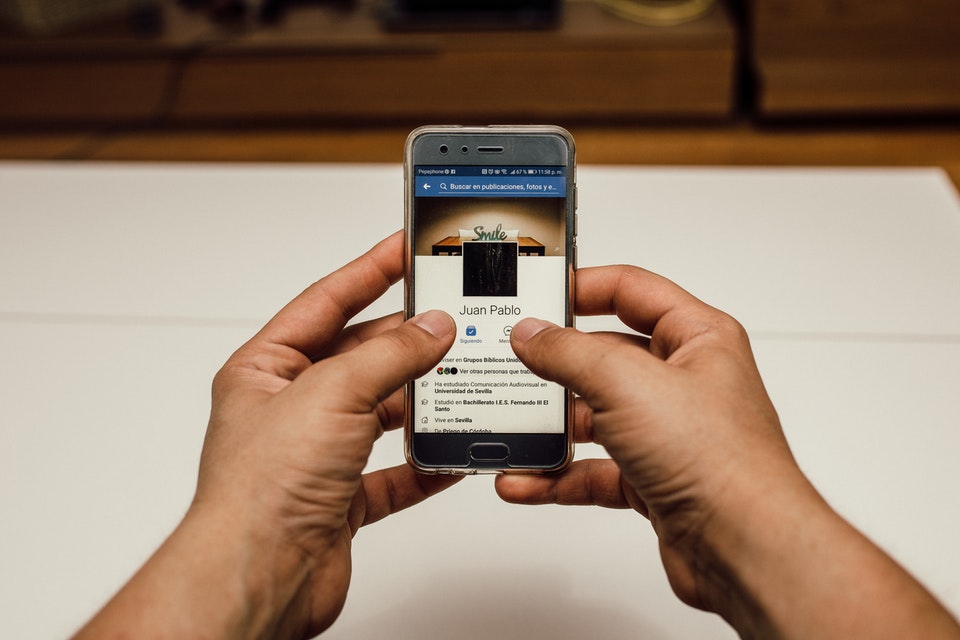 Blog: How to Use Facebook Stories in Your Ad Strategy

It doesn’t feel like long ago where Instagram Stories were at that same point in user growth and acquisition.

As a result, the platform announced they would be testing Facebook Stories ads in the U.S., Brazil, and Mexico.

So how can brands get ready to use Facebook Stories to boost their business?

We’ll take a look at what Facebook Stories are.

We’ll also discuss how exactly to use Facebook Stories to boost your campaign success, using Instagram Stories as examples of best practices for video ads on Facebook.

Facebook first began testing their Stories feature in 2016 within the Messenger platform.

At that time, it resembled Snapchat in many ways, with similar camera overlays and filters.

After 24 hours, the videos disappeared.

When Facebook Stories came to the main platform in 2017, it continued to be used in a similar fashion as when it was on Messenger.

However, by moving to the main Facebook app, it expanded the potential user base to all 1.47 billion DAUs.

So far, millenials prefer to use Facebook Stories for its engaging filters and overlays that make even a mundane moment seem more fun and engaging.

Additionally, most users tend to watch Stories with the sound off and in a vertical orientation.

Keep in mind, too, that Facebook Stories are only available for mobile.

By doing so, it made Facebook Stories for businesses all the more appealing and simple.

Here’s how a business page can launch Facebook Stories:

As a result, it’s one of the best ways for businesses to reach their target audiences.

Additionally, these apps portray the rise of camera-first communication.

With Facebook Stories, the platform is making sure it stays as relevant as possible with target audiences.

By figuring out how to use Facebook Stories, your brand can capitalize on the higher engagement and conversion rates now possible.

As previously mentioned, original, user-generated content and camera-oriented applications are on the rise.

As a result, video advertising is quickly becoming the most popular format for marketers.

One of the reasons video ads are so successful is due to the emotional impact they can create with viewers.

And the results prove the effectiveness of video:

What to Know About Video Story Ads on Facebook

The most important fact is this: Facebook Stories are up to 15-seconds long.

There are other Facebook video ad design recommendations to keep in mind for this placement, too.

First, you should avoid placing text or logos within 14% (250 pixels) of the top and bottom of the video.

Also, video captions are not available.

Considering most people watch Stories with the sound off, make sure your video gets the point across clearly.

Alternatively, include integrated text or subtitles that don’t rely on an exterior source/Facebook’s own captioning.

Keep in mind the following for your Facebook video ad strategy:

Like with other Facebook ad formats, consider your ad objective and goals before deciding on the best CTA.

Facebook Stories are still relatively new to the scene.

And Facebook Story ads are still in limited release for businesses.

So, Instagram Story marketing examples are the next best role models.

Using both text overlay and the boomerang feature, the ad appeared more organic and less sales-y.

For the skeptical Instagram audience, this was a highly influential strategy to convince them to engage and convert.

As a result, the campaigned earned 8.8X ROI from Instagram Stories.

In considering how businesses can use Facebook Stories for the same success, there are a few points to keep in mind.

One of them is to create Facebook video ads that are relatable and stand out from other branded content.

Another best practice is to utilize the features offered from the platform.

In this case, boomerang and text overlay were advantageous to design.

For Facebook Stories, you should leverage native design elements that make your ads more engaging.

When movie studio STX Entertainment launched their Instagram Stories campaign, they were focused on driving attendance to a new film release.

To do so, they followed both industry and video ad best practices.

They then targeted audiences based on their own moviegoer data to determine who would be most likely to convert.

In just two weeks, the campaign earned the following results;

Well, one of the most important things to consider is your industry.

STX combined both industry and platform recommendations to earn their results.

Consider what works well in your brand’s vertical, and how that can integrate into your social media strategy.

Make sure you have user data at your disposal before launching your Facebook Story ads.

This way, you can begin optimizing your campaign from the get-go by not wasting time on building the foundations for targeting.

Facebook Stories for Business Should Be a Part of Your Strategy

Integrate Facebook Stories with the rest of your ad strategy for a fully optimized and robust marketing plan.

It’s clear that video ads on Facebook and the rest of the digital sphere are on the rise.

Facebook Stories are at the cutting edge of this trend.

As a result, your brand should consider how to use Facebook Stories for boosting engagement and conversions.

This guide is just the beginning in understanding what are Facebook Stories and how to leverage them for your benefit.

You won’t fully reap the rewards until you launch and optimize a campaign of your own.