If you have been on Facebook long enough, you are sure to have seen some bad ads on the platform. Some might make you cringe, others might make you scratch your head and there are a few that will just make you shake your head.

With so many businesses advertising on Facebook, there are bound to be some Facebook marketing fails. While you certainly would not want to dwell on the misfortune of others, these terrible Facebook ads can be worth your time. Many of them offer great examples of what not to do when you advertise on Facebook.

This post will cover some of the worst examples of Facebook advertising from the past year, 2020. We will take a look at what went wrong and provide pointers to help you avoid ending up on one of these lists. We’ll also walk through some general steps to making your ads more dynamic.

The ad above asks users if they are afraid of being ugly. The ad fails because – aside from the obvious spelling mistake – it will make many in the target audience feel bad and insecure. Positive emotion is a better way to inspire action. Not to mention there are some serious issues with the wording.

Using pain points can be a good way to get customers to click on your ad, but it s

houldn’t be something that hurts their feelings. You introduce a problem and provide a solution. The product seems a little sketchy to begin with, but they still could have taken a positive approach. Instead of the headline focusing on how ugly the user might be, you turn it around and make it about beauty.

This one is a post and not an ad, but it offers a great example of what not to do with your Facebook marketing. PureGym shared a post to mark Black History Month with a “12 Years of Slave Workout”. You can already imagine how this would not go over well, but it gets worse when they compare the difficulty of the workout to slavery.

As bad as the post is, there are some good ideas behind something that was executed horribly. To start, they are trying to use a seasonal event in the marketing. That can often be a good idea. They also tried to link the ad to something in pop culture, which can also work well.

The problem is the content. Even with the best of intentions, the ad comes across as insensitive and trying to use one of the horrors of history for marketing is almost certain to fail. The best way to avoid this type of mistake is to have a review process for every post. One person might not see the problem with a post that could be offensive to many, but a review process will probably catch the issue. Getting a second person to review the content probably would have prevented this post from going live. 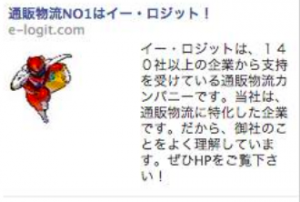 To avoid this issue, you just need to refine your targeting. If you are targeting based on interests, pages or some other broad category that could cover people outside the language group you are covering, you need to make sure to apply language-based targeting.

A Little Too Random 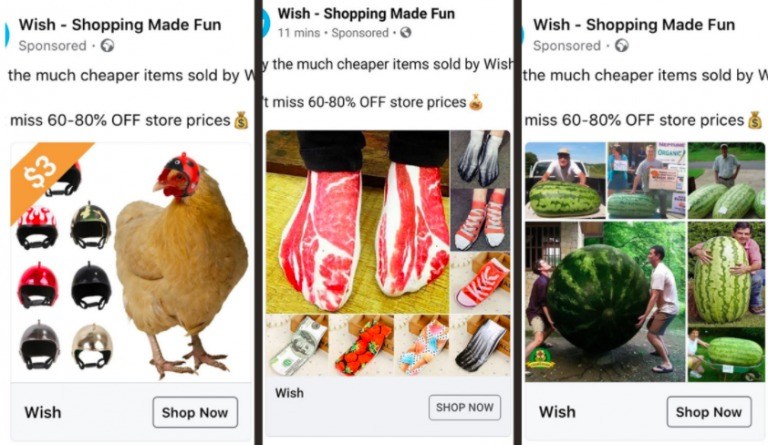 The online shopping platform Wish prides itself on having an insanely wide variety of products for very low prices. These ads show just how strange some of those products can be. The problem with these ads is that they are sending people ads featuring products that are just random and without consideration of whether the user might have any interest. Sure, some people will click because the products are so weird, but most of them won’t buy.

Being random, the ads waste money. You want to develop different audience segments and send them ads that feature products they might be interested in. The key to avoiding this mistake is to develop different target audiences and figure out what those audiences want from your business. It takes time and effort, but it is worth doing.

You can learn a lot from the best Facebook ads, but the lessons from bad ads are often more important. At best, bad ads are a waste of money and at worst, they can damage your reputation.

There are other Facebook ad mistakes that may not be as obviously offensive but can still have a negative effect on lead generation. For instance,

Not Having a CTA

Failure to Hook the Customer

On the left, 17hats shows what happens when design misses the mark.

Not Adding Any Value

Having Too Much Text

Any successful Facebook ad strategy incorporates a graphic (i.e. video, static image, carousel) that grabs the user’s attention. Besides being eye-catching, the visual should also relate to the brand or promotion.

However, we’re emphasizing it because the image really is that important. One of the worst things you can do is create a Facebook ad that has a blurry, indecipherable, or messed up image.